Chatbot Harri Botter – one of the latest additions to University of Helsinki’s Helpdesk – provides round-the-clock IT support. The chatbot can answer simple questions and continually learns based on the discussions it has already had. Simo Niemi, IT-support person from Unigrafia, manages the development project alongside his work.

The background work for the project began at University of Helsinki in the beginning of 2019. Following the service needs assessment and mapping of resources, the project was given the green light. In April Simo Niemi took on the task of project management. “My superior asked if I was interested in taking over the project. I sure was. Together with my colleagues Antti Aalto, Adasha Moore and Aliisa Myyrä, we started studying different options and comparing service providers. Then we proceeded to choose the products and began training the bot according to the needs of the university.”

The purpose of the new service was to have a fully automated system that would answer basic routine questions the Helpdesk receives. Niemi estimates that about half of all support requests and questions concern emails, user IDs or passwords. “The bot can answer the most frequently asked questions by providing brief advice or by redirecting the client to find more in-depth instructions elsewhere on the site. This allows us to concentrate on issues that are more challenging and need to be addressed by an actual human being”, Niemi says happily.

The bot was trained and ready in six weeks. “The first couple of weeks of the time allocated for the project, was spent figuring out the chatbot’s logic. We prepared graphs and charts, listed questions Helpdesk clients were most likely to ask and contemplated on how to go about creating the system in a smart way,” Niemi says. “Then we fed the bot interface different question and answer pairings after which it was time to conduct internal testing. It was done first here at the Helpdesk and then with the help of the IT Center staff.”

Before the launching of the new chatbot, it needed to be named. A small-scale competition was organised among the employees of university IT Center and a name referring to Harry Potter ended up as the winning suggestion. IT Specialist Tommi Ekholm who is responsible of the administrative side of project, came up with the gem of a suggestion during a business trip while walking along the Thames. Harri Botter was created.

Harri has now been busy and working the last six months. It has responded to over 15 000 questions and managed to solve up to 79 per cent of the problems independently on its own. Feedback is collected after each interaction. During the summer, when the service had just been launched, there was lots of positive feedback. “We were high-fiving and congratulating each other. Well, then came autumn and the beginning of the semester. That meant increased volume which in turn meant that the feedback scores dropped drastically”, says Niemi and laughs. “It is understandable that not all users know how to use the bot. They pose questions that are too complicated and then give the bot a low score when it’s not able to provide an answer.”

Unlike artificial intelligence, Harri Botter does not learn just by having dialogues with users. It also needs to be taught. Manual maintenance still needs to be performed three days a week. During such days, each and every interaction down to each sentence is examined. Harri’s knowledge database is then updated based on those online discussions. There are around 600 question and answer pairings.

The logic and wording of the bot is constantly being developed. The customer experience is also enhanced by modifying the language and the tone of voice the bot uses when it does not understand the question. Simo Niemi – studying for a Bachelor’s degree in IT – is clearly proud of his work. “The implementation project has been a success and having the opportunity to train the bot is a nice change to the daily work schedule”, he says. “Even on those phone support days, this has given me a nice boost of energy.” 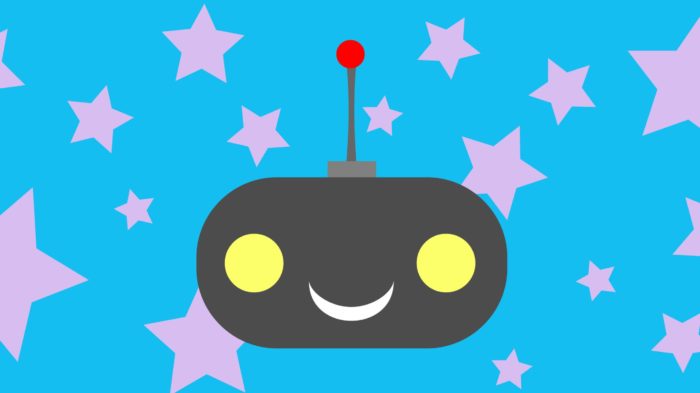